The Guardian of the Stars, The journey of Anais with the wind, Davide Amante’s bestseller for children and adults, is available starting from June 2022 on the German market for German-speaking readers.
Davide Amante’s book thus continues its international journey. Already translated into French and English the previous year, the book reached significant publishing numbers both in France and in the United States, where it is very appreciated. The publisher has therefore decided to extend the circulation of the book to Germany as well.

From the German back cover of Davide Amante’s The Guardian of th eStars, the journey of Anais with the wind:

“It is an important moment for the publishing sector, with great authors and large investments. We are also completing the process of approving a law for the promotion of books and reading, which will support the entire supply chain “, declares the head of the Education Department in Italy, Dario Franceschini, at the opening of the Turin Book Fair.

“The data concerning the publishing sector are comforting – added Franceschini – and, in particular, the lockdown season has brought people closer to books, reading and cultural consumption, I expect great growth”.

Confirming these words, the data on book sales in Italy are growing and in particular there is a sharp upward surge in online book sales. The lockdown certainly acted as a driving force, initiating this phase of change and greater public attention in favor of cultural products.

A significant case is the novel L’Affaire Casati Stampa by Davide Amante, released in full lockdown in the first days of March 2021 and which a year later achieves very important sales results, almost half a million copies in 10 months and almost entirely paper edition sold online. The author, whose novels are translated into different languages, observed that such significant numbers usually take a longer time, especially in Italy and that the lockdown period has accelerated sales and renewed interest in literature. It should be noted that “L’Affaire Casati Stampa”, by strategic choice of the author and publisher, is only available in the printed version and not in the digital version, therefore all the data refer to sales through the online channel of the printed edition.

The book is available only in Italian for the moment. For rights information please contact info@dmabooks.eu or reply to this e-mail. 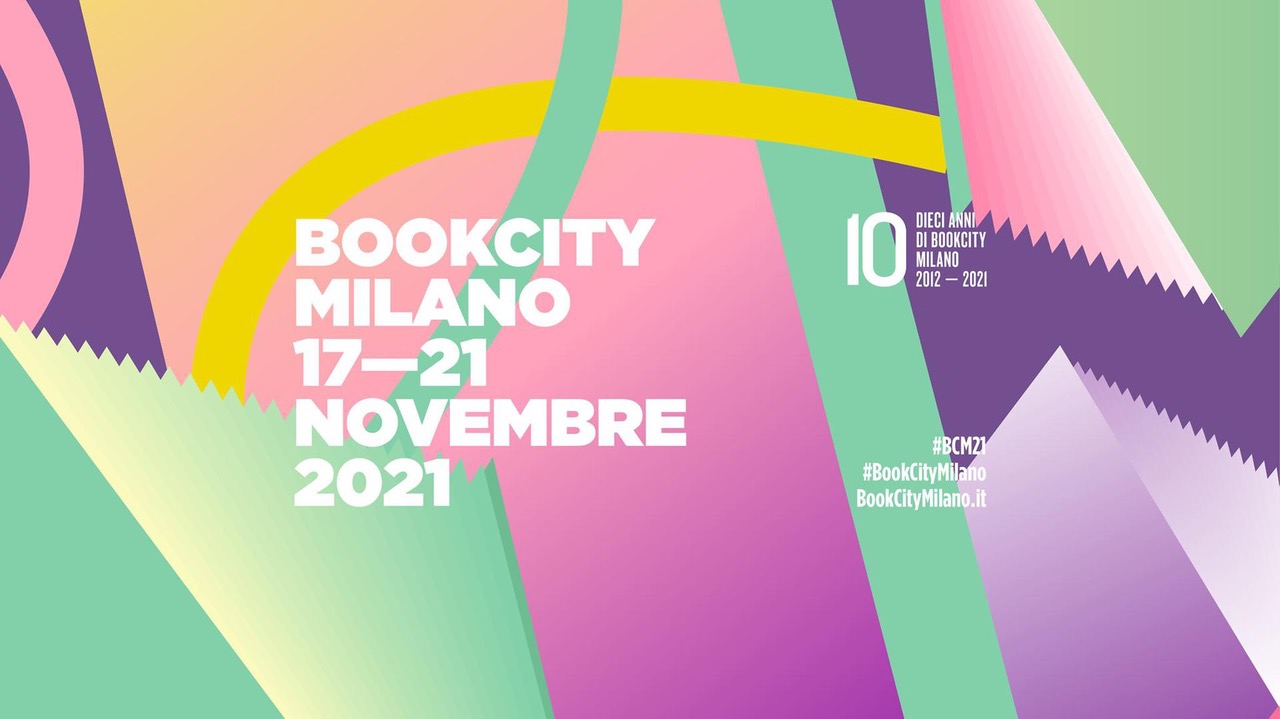 I tell the imperfection of love to find its beauty.
In front of a fascinated public, in the heart of Milan, where once stood the renowned private clinic ‘Città di Milano’ which is described in the pages of his novel, Davide Amante presented the nonconformist and dramatic love story between Anna Fallarino and the Marquis Camillo Casati Stampa.

Many in the audience had the colorful cover of L’Affaire Casati Stampa, which depicts an image of the Marquis’ beautiful mistress, whose portrait vaguely recalls Andy Warhol’s pop art.

Davide Amante’s novel was released in February 2021 and has already exceeded 300,000 copies in a few months. Bookcity Milano 2021 was one of the author’s rare appearances. Davide Amante retraces the details of a complex investigation into the life of an exceptional couple, in a novel written in a fast and compelling style. The novel is currently only available in Italian.

The novel investigates a love story that caused a scandal in the late 1960s and ended tragically, so much so that it was defined by the main magazines of the time as the greatest Italian scandal. The Marquis Casati Stampa, one of the best known and richest families in Milan (one of his villas was later sold to Berlusconi, Villa San Martino in Arcore) falls in love with a beautiful Anna Fallarino, 13 years younger than him. The two will weave a voyeuristic and passionate relationship that will end with a murder-suicide out of jealousy. Davide Amante reconstructs, through the investigations of a magistrate and a commissioner, all the steps and events of this exceptional couple, in a novel with an impeccable style.

As the author said: ‘I go searching for the human soul and it is in despair, in madness, in the most unconventional stories that you find the great breath of life’.

The Affaire Casati Stampa was the protagonist at BookCity Milano, the 10 day event organised by the city of Milan, dedicated to books and reading that this year celebrates its first ten years. Over 1,400 meetings throughout the city of Milan and over 260 locations, as well as online meetings and webinars.

Davide Amante was born in Milan in 1970. In addition to L’Affaire Casati Stampa (2021) he published Il Guardiano delle Stelle – the journey of Anais together with the wind (2019) translated into six countries, Il Dossier Wallenberg (2016) of which the ‘US edition is about to become a film, Altair (2014) the best-selling sea and travel novel in Italy.

In collaboration with DMA Books. 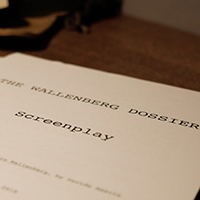 Davide Amante is currently working on The Wallenberg Dossier screenplay, adapted from his bestselling novel.
A team of screenplay authors is collaborating in the creation of the film.

The story of Raoul Wallenberg’s life, the rescue of a young woman loved by Wallenberg, who will in turn rescue him and take over the role of protagonist is the basis of an extraordinary, passionate novel.

The novel is now becoming a screenplay voiced in English. 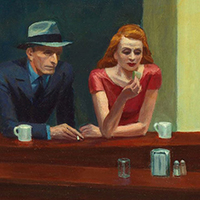 DMA Books launches in mid april the English edition of the bestselling The Wallenberg Dossier, written by novelist Davide Amante. It features 22 chapters and it is based on a true story. The Wallenberg Dossier is a story of love and passion for life that will leave you breathless page after page.

The book will be available for purchase on Amazon and progressively at all major bookstores.
https://www.amazon.com/dp/8894315614

The book was recognized Best Novel of the year just a few months after its release in Europe. The novel draw the attention of more than one film producer.

The Publisher declares that: ‘This book, apart from being an exceptional reading for its innovative style and the charismatic approach by the novelist, investigates in depth the people that led to the horrendous events of Budapest in World War Two, remembering us how much necessary it is not to forget. This is the first time that the mystery surrounding Wallenberg finds an answer.’ 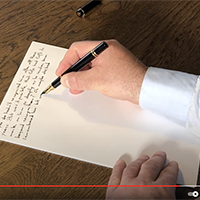 Almost ready for the launch of the English edition of The Wallenberg Dossier and here we go with the English book trailer of this bestselling novel. Take a look. 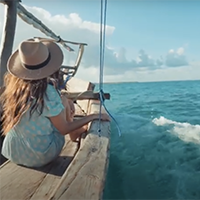 The official book trailer of The Guardian of the Stars is now on Youtube.
Thanks to the collaboration of two renowned artists, this book trailer is a creative work in its own right. The book trailer, lasting over 2 minutes, is clearly out of the industry’s standards by far shorter. However, concepts and images run with such lightness and rhythm that they lead you through the book trailer as if it lasted 30 seconds. Take a look.

The novel The Wallenberg Dossier by Davide Amante is winner of the literary award ‘Un Certain Regard’.

Visit this page for more information. 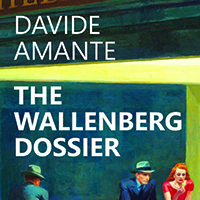 The Wallenberg Dossier, the story of a limitless passion between a man and a woman in wartime, will soon be available in North America. The English edition is set to be released in 2021.

The Wallenberg Dossier is an exceptional novel that tells a love story lived by a young couple and rediscovered when older, fought beyond time and rules. But the novel’s exceptionality, and modernity, is also revealed in the story of the female protagonist who takes on an increasingly important role in the course of the events, to the point of saving the life of the man she loves and who, as a young man, had in turn saved her.

The author’s style, sophisticated and fast-paced, makes the novel even more compelling. In fact, the novel moves on different levels: the thriller, the love story, the historical biography, the war story, leaving a sense of control and narrative ability on the part of the author. Davide Amante has a direct, immediate style that cuts straight to the point and especially in certain paragraphs the author is shows the hand of the great novelist.

The Wallenberg Dossier tells the story of Wallenberg, the Swedish billionaire who saved tens of thousands of Jewish families from deportation during World War II. If today we acknowledge the stories of some brave men, such as Schindler or Perlasca, few know that Wallenberg managed to save many more lives and is one of the greatest positive protagonists of the Shoah, capable of risking his own life in first person with exceptional actions.

Wallenberg was the inventor of the idea of the famous Swedish ‘fake passports’ Wallenberg Schutzpass: he handed over tens of thousands, succeeding in deceiving the Nazi authorities and ensuring the escape for tens of thousands of desperate families. Even more famous are the reckless actions that Wallenberg often took in direct confrontation with armed officers ready to kill him.

The story of Wallenberg, however, has remained to this day an unsolved mystery: he was arrested and disappeared under mysterious circumstances. Davide Amante has conducted a meticulous historical research that has allowed him to reconstruct, through testimonies and documentation, the history of Wallenberg. Access to the documents of the Russian-Swedish commission, the CIA papers declassified by the Freedom of Information Act, the Soviet prison documents and a mysterious woman involved, all gradually reveal a compelling and surprising story, capable of moving with ease between thriller, historical biography and love story. 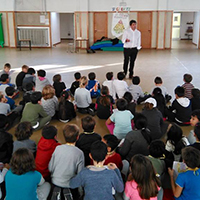 The Guardian of the Stars, Davide Amante’s bestseller for children and adults, has conquered public and private schools in Italy, many of which have chosen this text for classroom reading. The important collaboration with some teachers throughout the country made it possible to organize a number of visits to schools by the author.  Davide Amante read parts of the book and explained teachers and children how a writer works and how a story is developed.
‘I am incredibly surprised by these meetings during which children of all ages have shown a very special interest in literature,’ said Davide Amante, adding, ‘it is an initiative that I would be more than happy to repeat. Children have an immediate and instinctive ability to understand the authenticity and deep meaning of the texts. ‘

The Guardian of the Stars – Anais’s journey with the wind has been defined by some as ‘the modern Little Prince except that the protagonist is now a girl, a fable of exceptional scope and intensity, which narrates the journey of a child on an island, to discovery of emotions, friendship, values and the meaning of life. ‘
This book has become an Italian bestseller by simple word of mouth, appreciated by children, families and teachers. The book is currently being translated in English and will be distributed in the first months of 2021.