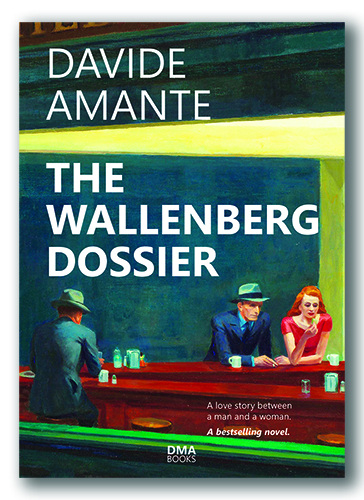 A grandiose novel that re-enacts the Nazi dramatic actions in Hungary with historical precision. In the midst of the madness of war, a man falls in love with a woman destined for deportation and saves her not knowing that many years later she will be the woman to take the lead role in their life and save him. An imposing fresco of human feelings and their strength despite everything. An extraordinarily passionate, love story.

The Wallenberg Dossier is based on the life of Raoul Wallenberg, the Swedish billionaire and hero who saved tens of thousands of Jewish families in World War II, outnumbering by far famous names like Oscar Schindler. Mr. Wallenberg, involved in a unique rescue mission, mysteriously disappeared after the war and prompted the governments of many countries, above all the United States of America, to seek information about him. The author finally gives a plausible final word on Mr. Wallenberg’s fate.

The Wallenberg Dossier is a fast-paced novel written in a moderm, captivating style that engages the reader breathtakingly from the first to the very last page. Passion, drama and espionage are assembled with grace and an extraordinary rhythm in this novel.

This is a tremendous love story underpinning a rescue mission which will eventually change history. Originally thought as a screenplay, the novel is building an enthusiastic international audience.

Look at the book trailer